The rebranding of the serbian tv station b92 in the course of its market repositioning also included the news design and some programm labels.

about b92:
At the time when it was a radio station, b92 was a force behind many demonstrations that took place in Belgrade during the turbulent 1990s. Due to this, b92 won the MTV Free Your Mind award in 1998, and many other awards for journalism and fighting for human rights. On 6th October 2000, day following the overthrow of Slobodan Milošević, b92 started its tv station. 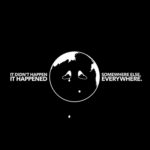